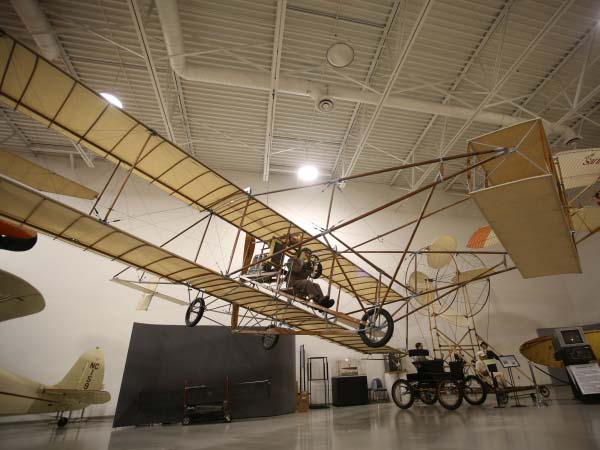 Diamonds are forever, though sometimes it takes a little extra work. The Diamond airplane built by a couple of shipyard buddies in 1910 may not have been forever if it weren’t for the foresight to dig its pieces out of musty crates and build it again. By 1999, there were no drawings, most of the parts were rotten, and important components weren’t found in the boxes. All the Hiller Aviation Museum restoration crew had were old pictures, an assortment of parts, and a determination to bring to life a significant airplane built by two young men who knew nothing about flight, only a few years after Kitty Hawk.

Lan Maupin was a dredge captain working in the Pittsburg, California, shipyard owned by a man named Lanteri. Probably motivated by the new adventure of flight and not even aware of the money being made flying in air shows, they formed the Diamond Airplane Co. There were stories that Maupin and Lanteri slipped under tent flaps at an exhibition to eyeball details of the Curtiss show planes. Curtiss had been sharing design ideas with those who had interest and money to buy them. Most likely, however, Maupin and Lanteri winged it with pictures, magazine articles and personal observation. In any case, their Diamond was larger than the Curtiss planes and loaded with hardware store buckles and fittings.

The two young men flew their plane a little, but had the deeper wisdom to hire a pilot, Weldon Cooke, to fly it at air sh 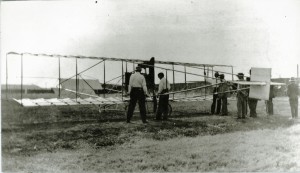 ows. Actually, Weldon wasn’t a pilot, either; being a racecar driver, he had never flown before. But he was willing to learn, and did so with on the job training at San Francisco Bay Area air shows, flying figure 8s and around pylons, one day stressing the amateur-built Diamond with 60 landings. The Cooke-Diamond combination survived qualifications, and at the 1912 Los Angeles Air Meet Cooke flew the Diamond to a five-day record of 23 hours and 23 minutes flight duration, coupled with a 5,600-foot altitude record. Such feats had won the Diamond Airplane Co. some $14,800, and record-breaking flights had been made over Oakland, the Napa Valley, and even to Mt. Tamalpais in unfriendly December weather.

At the top of its form, but palpably worn out at the age of two, the Diamond performance at the Los Angeles Air Meet was the last time the plane flew. Maupin and Lanteri retreated back to their Pittsburg shipyard, leaving the plane with Cooke and a mechanic named Williamson. The Diamond was unceremoniously crated and shipped back to the shipyard where it was born…but not, it turned out later, the whole plane.

A few years later, Lanteri was killed in a boat accident and the Maupin family took the crated Diamond to their ranch in Marysville. There it rested until 1930, when its presence was requested for the Yuba City County Fair, and that’s when many vital parts were discovered missing. Impressed by the historical significance of the airplane, the Yuba College Aeronautical School built a new undercarriage and plugged in substitute parts for the other missing ones. Apparently the Yuba restoration and display attracted attention because three years later the resurrected Diamond became a colorful display at the Oakland Airport. There the plane remained until the Smithsonian acquired it in 1948, only to be re-crated for storage in the museums Silverhill, Maryland, facility. Those crates were never opened until 1998 when the Smithsonian made the components available to the Hiller Aviation Museum. Volunteer craftsmen started bringing the plane to back to life again with a fervor that’s spiritual. 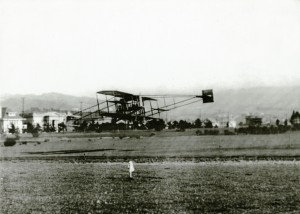 One question dogged the Hiller team from the beginning: what happened to the many original parts which never made it to Yuba City from Los Angeles in 1930? Fully absorbed in the mystery, Hiller’s Newton Craven had been poring over old aviation magazines, and among the pictures he recognized a familiar-looking control column in the hands of Paul Poberezny who had long been a kingpin in the Experimental Aircraft Association. “My God,” said Craven, “that’s the Diamond’s steering column!” Days later he was in Oshkosh with Poberezny arranging for the reunion of the long missing authentic parts with the body of their origin.

It was a bountiful victory: control column, seat, front and rear forks of the undercarriage, fittings, compression members, wheels…and all of them in good condition! Even a 1910 tire was still inflatable.

The mystery unwound: in 1964, Poberezny had received the missing originals from a Texan friend, Neil Carr, who had inherited the old California Airplane Co. on San Francisco’s Gough Street. Along with the company–for reasons unknown–came the missing pieces of the Diamond. Receiving the parts from Poberezny proved that Hiller’s restoration team had been correct in its reverse engineering: all the puzzle-pieces fit. The bogus Yuba City replacements were discarded and the 1910 Diamond, a remarkable creation from a shipyard, is today accurate and even flyable.