In 1917, this German aircraft made its debut in the skies over France in World War 1. Exceptionally maneuverable, yet prone to wing failure, the Fokker Dr.1 (“Dreidecker,” or triplane) was renowned as the aircraft flown by Manfred von Richtofen, the “Red Baron.”

Only three triplanes are known to have survived the end of World War 1. Since then, they have all been dismantled into component artifacts or destroyed. No original Fokker Dr.1’s exist today but many replicas and reproductions have been built by individuals and museums.

The Hiller Aviation Museum’s replica aircraft was built by museum volunteers over a four year period between 2016-2020 in celebration of the 100+ anniversary of the aircraft. The aircraft is designed so visitors can sit in the open-air cockpit. 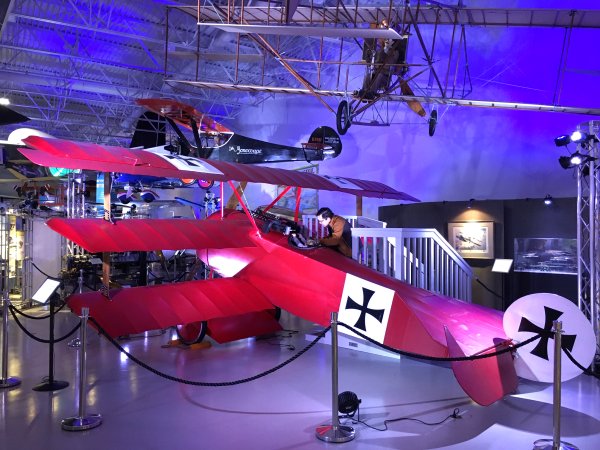