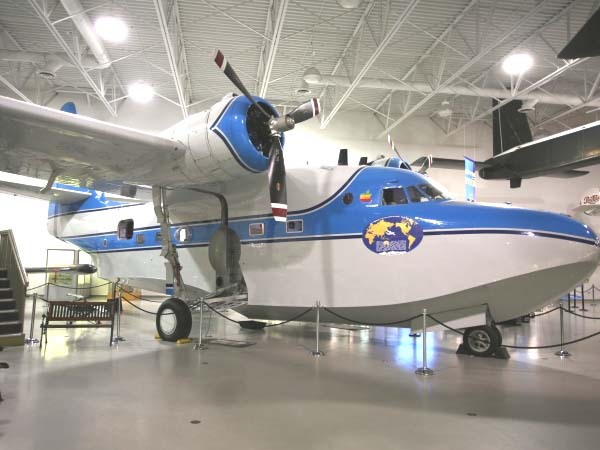 The Grumman HU-16 Albatross was used by the U.S. Air Force, the U.S. Navy and the U.S. Coast Guard primarily as a search and rescue aircraft. The Air Force used the aircraft extensively in Korea for combat rescue, where it gained a reputation as a rugged and seaworthy craft.

The Albatross also was used as a passenger airliner serving island destinations in the Pacific and elsewhere. Its deep-V hull cross section enabled it to land in the open sea. It was designed for 4-foot seas but could land in more severe conditions while taking off in 8-10 foot seas using jet-assisted take off (JATO).

This particular Albatross, N44RD, saw adventure in 1997 as a filming platform and safety aircraft in support of a globe-circling expedition recreating the final flight of Amelia Earhart.