Developed in 1947 under the leadership of Charles Bartley and launched at Inyokern, California from 1947 – 1948, the Thunderbird was one of the earliest rockets designed, built and flown under the auspices of the newly-established Jet Propulsion Laboratory in Pasadena, California.

The Thunderbird tested new, more efficient polysulfide-based solid fuel propellants, and crucially evaluated the use of a star-shaped propellant grain in allowing long-duration burns of a solid rocket.  Traditional solid fuel rockets burned in an asymmetric manner within their cases, which often caused rockets with burn times longer than a few seconds to explode.  The Thunderbird’s star-shaped propellant grain remained of approximately constant surface area as it burned, permitting longer periods of thrust.  The same technology was used in the enormous solid rocket boosters of the retired US space shuttle and the related boosters used for the Space Launch System. 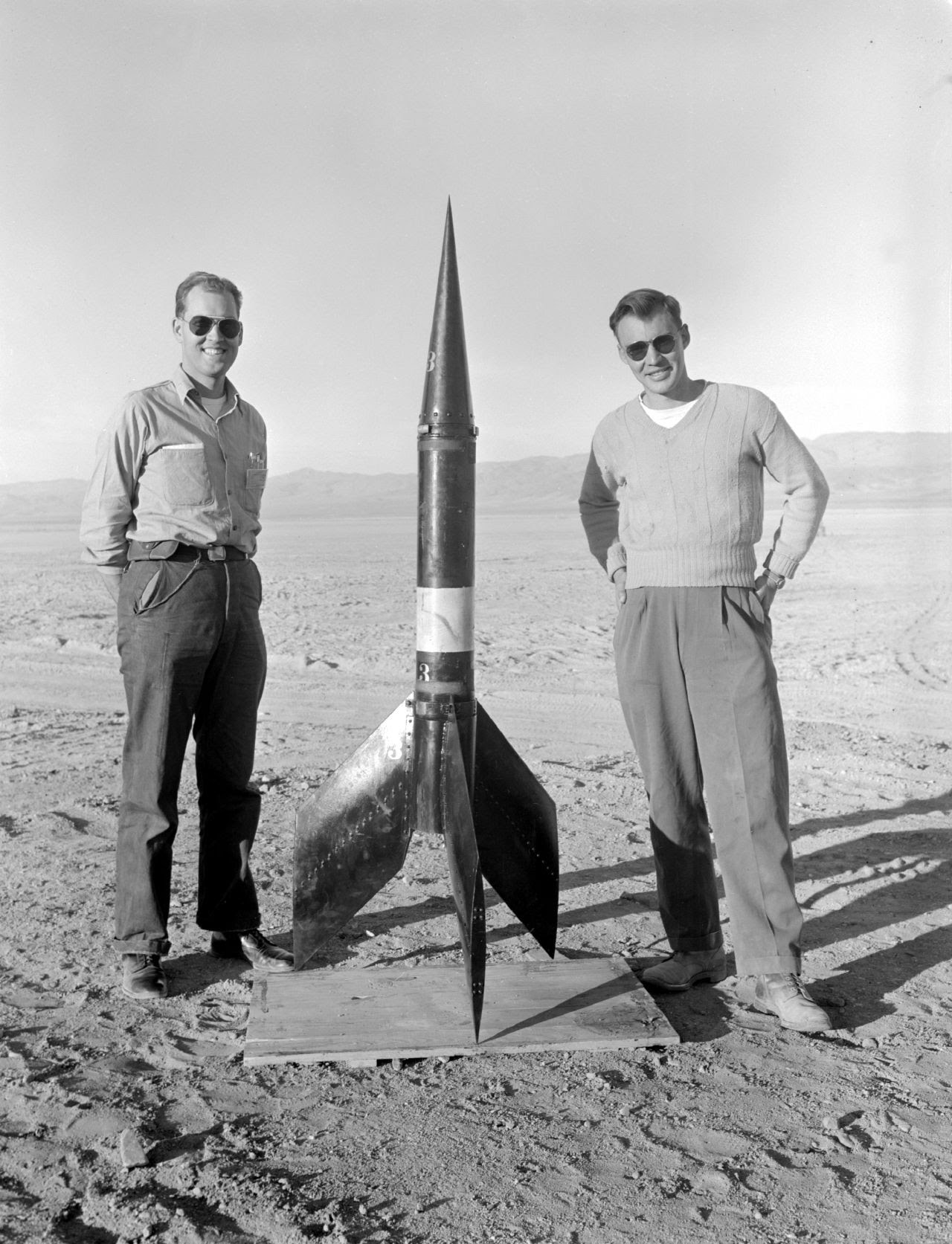